Star’Jai Wished Upon a Star 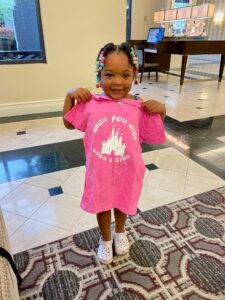 Star’Jai of Ferriday, Louisiana, is three years old. She made a wish to go to Disney World and like the Genie in Aladdin, A Child’s Wish granted it! Joining her on this trip were her mother, father, and brother.

The night prior to and following the trip, the family received complimentary accommodations, courtesy of Hilton New Orleans Airport. To catch her flight to Orlando, Star’Jai traveled in style to the Louis Armstrong International Airport via limousine.

During their trip to Disney World, Star’Jai and her family stayed at the Give the Kids the World Village in Kissimmee, Florida, a resort tailored to children with critical illnesses and their families. Star’Jai was able to meet several Disney characters, including Cinderella, Elena of Avalor, and Minnie Mouse! While in the Orlando area, the family were able to attend SeaWorld as well.
We were pleased to play fairy godmother for you, Star’Jai. So glad you had a magical time! 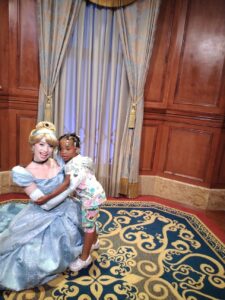 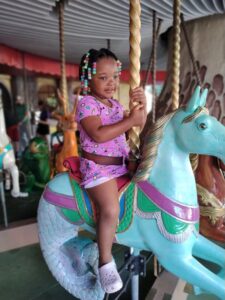 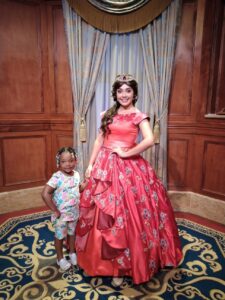 A Child's Wish of Louisiana

© Copyright 2021 | A Child's Wish of Louisiana | All Rights Reserved | Privacy